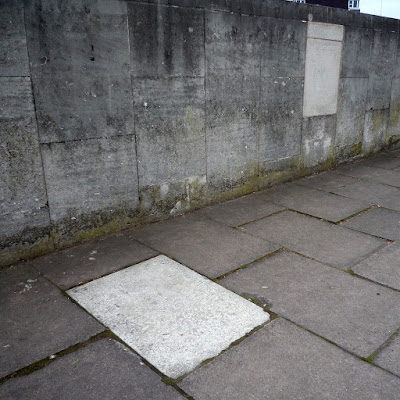 I'm not terribly adept at unqualified outlandish statements of praise so forgive me if this sounds clumsy: this is the most extraordinary album I've heard in at least seven years, and probably for much longer than that.  It's hard, and perhaps impossible, to compare the face-set-to-stunned reaction to Gonajasufi's 'A Sufi and A Killer' back in 2010 with this, which provokes a similarly stunned response but, inevitably, for very different reasons.

I've long been an admirer of Paul Rooney's work.  He can already make a very good claim to have released the best track of the current century with the magnificent 'Lucy Over Lancashire' and, ten years on, Lucy's enigmatic, bewitching presence lives again in this collection.

It's especially true of the album's centrepiece, 'Lost High Street', which you can hear in my Dandelion Radio show this month.  If anything comes close to matching it in 2017, then the year is going to be a memorable one indeed.  Taking its cue from Lucy's sprawling monologue, the track leaves behind the witch road and old Lancashire to relocate in an urban setting that, in Rooney's hands, becomes every bit as weirdly compelling

Yet it's only one of the elements that make 'Futile Exorcise' so special.  The track's template of spoken word, ear-pleasing deviations and quirky soundscapes crop up again and again across the rest of this collection, to brilliant effect.  Opener 'Sunday Best' sees the narrator's ghost returning to witness the troubling scene of his wife with her new husband who - horror of horrors - is wearing his best suit.  The kid that joins the clutter of voices that rips apart the maudlin possibilities of 'Father's Grave's is that of just one of the many characters whose perspectives add so many layers to the album you can find yourself following an entirely different narrative line each time you listen, to deeply intoxicating effect.

It's asking to be accused of talking bollocks when you describe somebody as an 'artist in sound' but that is precisely what Paul Rooney is.  That his work knocks everybody else to whom the words might be applied into a cocked hat goes without saying, at least for me and, I know, several of my Dandelion Radio colleagues.  It's a work to be absorbed, laughed at, unsettled by but, above all, enjoyed over and over again.

Get it here  on CD or beautifully transparent vinyl. If you're unfamiliar with Rooney's work, find out more here: you're in for a treat. 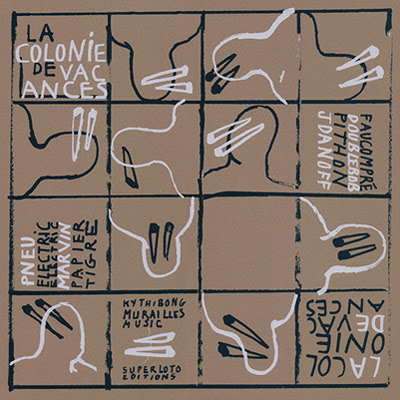 Sometimes the music doesn't match up to the concept but, when it does, it's just about the most wonderful thing in the world.  That's what makes this release from La colonie de Vacances not just a great listen but an essential purchase.

This 10" EP comes from our favourite label - the always excellent Kythibong - and the whole package sounds irresistible from the off.  LCDV consists of members of four bands who, when together, perform on four separate stages, with the audience central.  Four illustrators have joined them to produce a release whose accompanying 100-page book has to be spun while the vinyl , in its turn, can be read over and over.

You'll get the idea if you grab yourself a copy - and you should because, most importantly, the musical content still manages to be the most enticing thing about the whole release.  LCDV dish out four slaps of guitar-led brilliance that are by turns bewitching and crushingly forceful.  It's like having multiple ideas forced into your head via a lightning rod shoved in your ear.   That there are only four tracks here feels incredible given the range of ideas explored in such a short space of time (under 16 minutes).

I'm playing the second track from this enticing release in my Dandelion Radio show this month.   Meanwhile, you can get the EP and glory in its visual and sonic magnificence here.
Posted by Mark Whitby at 00:10 No comments: