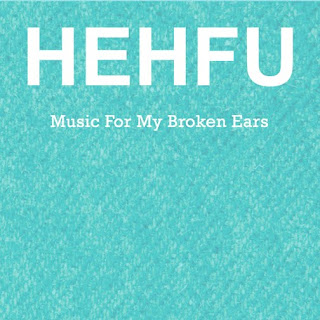 Regular listeners to my Dandelion Radio show know that I become excited beyond reason at the mere whiff of a prospect of hearing anything from Hehfu, so you'll no doubt be able to anticipate my reaction to a whole album's worth of his finely tuned indie pop stylings. Hehfu's first proper album release (as opposed to the compilation but out via my Unwashed Territories bandcamp site a little less than a year ago) comes via the well-tuned ears of the Bleeding Gold label and is, as expected, a triumph.

Quite what it really is that Hehfu possesses that others who indulge themselves in the same broad idiom don't have is something I've never been satisfactorily able to my finger on. I've talked in the past about wanting to hear milkmen whistling his tunes as it appears to me that said tunes have the propensity to aspire to that kind of cultural position. I'd like to think this release is a step towards achieving that goal, if indeed Bleeding Gold can, as is to be hoped, get Music For My Broken Ears into the much broader areas Hehfu deserves to be heard in before milkmen die out completely.

For those who've experienced Hehfu's fascinating past releases via my show, some of what's on here will strike a familiar chord. New versions of the tracks he recorded in session for my January 2011 show are all here, and one of those - 'A Puppy Is Not Just For Christmas' - I give another airing to in my December show, streaming as usual from 1 December and at varying times through the month at www.dandelionradio.com. Elsewhere, we find a mix of the familiar and the new, coexisting seamlessly and all underpinned by Brad Clarke's effortless, languid delivery over rhythms that vary from the rattling to the resigned, overlaid with those appealingly plaintive guitar parts that have become such a part of life for me these last few years.

Hopefully this collection will make Hehfu's music part of a few other lives too. For the record, a personal favourite is 'Street Orange Glow' which takes all of the aforementioned elements and somehow upgrades them to a level of sublimity even beyond that of Hehfu's previous works, something that I'd assumed wasn't possible. And maybe that's the elusive criterion I was looking for earlier. Working in this relatively well-trodden idiom, Hehfu's work retains a capacity to surprise that is well beyond his peers.

Anyway, I have to go now. The milkman's at the door and he's whistling something that sounds gratifyingly familiar...

Get it as a beautifully packaged CD/7" here


PS - Final day for voting in the festive fifty is today. Cast your vote here before it's too late.
Posted by Mark Whitby at 04:56 No comments:

Only two more days to vote in the festive fifty here.

Moving into my top twenty albums of the year:

20. JD Meatyard - JD Meatyard (Probe Plus)
John Donaldson goes (roughly speaking) solo, takes his Levellers 5 and Calvin Party heritage with him and delivers a stunner that, had not only arrived a couple of days before I started writing this list, may well have been higher.

18. Zeroes QC – Suuns (Secretly Canadian)
First seen at the Green Man and immediately loved. Effortlessly sunny guitar trip from sublime Canadians, with an edginess borrowed from Clinic at their best.

17. Morbido – The Dreams (Kill Shaman)
Ragged, idiosyncratic revision of what would once have been called post-punk from French collaborators.

16. Hardcore Will Never Die But You Will – Mogwai (Rock Action)
Scottish Peel-giants unleash their most consistent collection for years. The Mogwai steamroller rolls on – better to get in the front seat with it than stand pondering in its path.
Posted by Mark Whitby at 03:22 No comments: 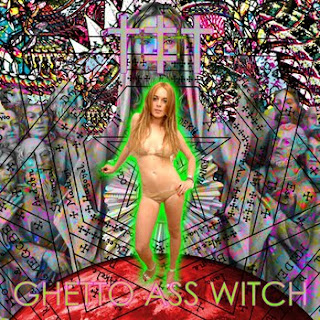 Only six days left to vote in the festive fifty here. You know what you need to do.

25. Ghetto Ass Witch – Ritualz (Self-Released)
Mexicans defy their witch house heritage by giving themselves a name my keyboard can make sense of and putting out something good. The remix albums that followed were pretty damn fine as well.

24. Sensitive – Trevor Sensitive & The Locals (Self-Released)
Quirky, sub-Smithsesque parables on emotional conundrums that poke far into the recesses of convention beneath the slick indie pop veneer. They did a great session for my show during the year too.

23. Bells & Proclamations – Big Block 454 (Self-Released)
A not-before-time discovery and a rabidly contorted take on folk conventions and urban anthropology. Subsequently released much of their stunning back catalogue – it’s been a joy belatedly to discover it all.

22. Guider – Disappears (Kranky)
Delivering a swift kick to the l’cks to those who claim sublime guitar stylings like this are a thing of the past.

21. Laced – Psychedelic Horseshit (FatCat)
Indelicate noisemakers with their finest collection of abrasive guitar-driven noise cocktails yet. Less of the woozy gaucherie of releases past, but thankfully the maturing of Psychedelic Horseshit has brought the attraction of something reliably rough yet still more sublime.
Posted by Mark Whitby at 04:52 No comments: 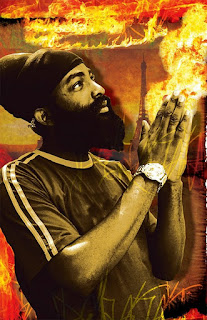 Only 11 days left to vote in the festive fifty here.

As for my albums of the year, the countdown continues:

30. Paris Burning – Derajah & The Donkey Jaw Bone (Chapter Two - right)
Superior reggae served up with considerable warmth (check out ‘My Sista’, which I’ll be playing in my December show for an example). One of several very late releases to muscle their way into this list (out at the end of this month).

29. This Day Is A Good Enough Day – Prince Edward Island (Crocfingers)
Scottish indie pop with hooks for hands. Anyone afflicted with doubts concerning the potential for current indie poppers to dish out original tunes need look no further for treatment.

28. All Rights Reserved – The Evolution Control Committee (Self-Released)
Veteran cut-and-paste iconoclasts rip up the world and put it back together in a far more pleasing fashion.
27. Proxemics – Social Studies (Daddy Tank)
The album that introduced me to the fantastic Daddy Tank label. Lengthy hip-hop treatises deliver a considered and considerable punch.
26. Relics – Matt Stevens (Self-Released)
The most innovative guitar instrumentalist since John Fahey. His ‘Live In Blackpool’ release would be in here too but for some reason I don’t include live albums.
Posted by Mark Whitby at 03:13 No comments: 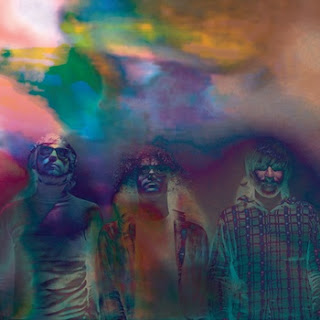 A reminder that you can vote in the Festive Fifty - the only chart that really matters - up to the end of November here, but in the meantime please check the latest instalment in my countdown of my favourite albums of the year:


35. Crust Of Utopia – The Infinite Three (Self-Released)
Growling guitars underpin a dark, intelligent masterpiece. Written about in loving detail elsewhere on this blog.

34. S-750 – The Tinopener’s Art (Self-Released)
German-based electronic magician with his best work yet. Includes collaborations with Julien Auroux, another favourite of my show.

33. Senseless Sense – Piatcions (I Blame The Parents)
At the psychedelic end of the shoegaze spectrum. This excellent band deserves credit for getting XFM to play something as good as this (after Dandelion Radio had got there first, of course).
32. Hungry Ghosts – Lee Negin (Passing Phase)
Brain-teasingly original electronic brain-scrapings from eighties Peel favourite.
31. Red Barked Tree – Wire (Pink Flag)
Art-punk veterans still standing apart from everything else.
Posted by Mark Whitby at 05:35 No comments: 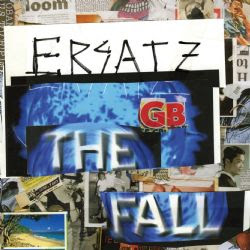 My top forty albums of the year, out of an original short-list of about 120, to be revealed during the course of November and December. A good smattering of self-released efforts. One record label features twice and another three times, but other than that it’s single appearances only, if indeed they appear at all…

40. Apocalypse – Bill Callahan (Drag City)
Best work since his Smog days. A steamy, atmospheric appraisal of an America in crisis.

39. Palace Of Toxology – Bashed Nursling (Enough)
Hungarian’s latest offering of brain-shredding electronic hammering. No one exposes the subtleties within electric noise better, and then batters hell out of them.

37. The Big Fish – Kiran Leonard (Self-Released)
Oldham-based innovator’s rich mine of varied sonic textures. You suspect he can, and will, continue to get better and better.

36. Ersatz GB – The Fall (Cherry Red)
Not their strongest effort, but for The Fall that’s like Messi not scoring a hat-trick. Still beats the pants off most of what’s out there. ‘Nate Will Not Return’ features in my November Dandelion Radio show, by the way.

And remember voting is open in the only chart that really counts…the festive fifty. Let us know yours at www.dandelionradio.com/festive50.htm.
Posted by Mark Whitby at 09:09 No comments:

Vote in the official festive fifty 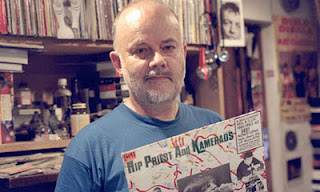 Voting is now open in the official festive fifty add Dandelion Radio, in partnership with SoundsXP and l'apartament18. Vote for your three favourite tracks of 2011 here. They don't have to be tracks played on Dandelion Radio, but if you want a reminder of what we've been playing throughout the year, find it here.


And while you're visiting the site, check out our November shows. I'm featuring an exclusive session from the excellent Benjamin Shaw in mine.

Mark W
Posted by Mark Whitby at 01:24 No comments: