Pulco - Innovation In The Trade 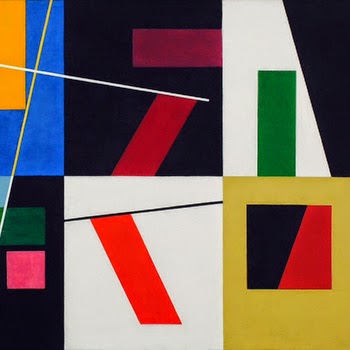 Even just seeing the notes on Pulco's bandcamp site hints that you're about to encounter something a bit special.  Trout Mask Replica rhythms,  he tells us, allied to a a musical approach inspired by The Fall and Pavement, with lyrics often purloined from the poetry of Adrian Henri.
Of course, it's what you fashion from such inspirations that counts and Pulco takes from all the right places and adds exactly the right touches of his own.  What we get is a Dadaist cut-and-paste sonic collision allied to some gorgeously melodic touches to make what will, I'm sure, turn out to be one of the best albums of 2015.
As if the narratives and snatched poetic stretches weren't fascinating enough, there are songs here that have the potential to stay in your head to the grave.  Opener 'A Man Shouts' gives more than adequate notice of the melodic delights to come while 'A Cruel Heart Beats Like a Bird' is already on my shortlist for most remarkable tune of the year: you can hear it in my Dandelion Radio show, streaming throughout the rest of March.
Alongside them, the spoken word 'Stan & the Bike' contains a heart-rending, down to earth melancholy, while 'Sludge' is a head-on collision of words and sounds that brings so many of the album's finest touches together in one brilliant three-minute rush.  But I'm doing it again.  This is a collection that demands to be heard as a whole, so please ignore my inevitable quest for highlights and just dig in. It's available as NYOP at Pulco's bandcamp site here.
I'll confess that Pulco is an artist I've failed to give sufficient attention to in the past.  I won't be making that mistake again.

Flies On You - Etcetera 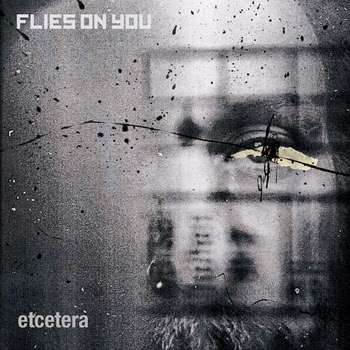 It should, frankly, be news in much wider circles that one of the half dozen best bands in the world at the moment has a new album out.  That the album is a self-released collection from a Leeds duo with more ideas in a single track than anyone (and I mean anyone) who appeared at the recent BRITs is both a national scandal and a telling comment on what passes for the modern music industry.
Having astonished anyone in the world who cared enough about great music to listen with 2012's Nothing To Write Home About, we had no right to expect that the follow-up would offer any more than Flies On You had already given.  Long before it dropped, however, we knew that it would.  We knew it from the moment that the insightful and playful commentary on the paucity of modern mores 'Katie Hopkins in Human Form' appeared as a single late last year, that is, if we didn't know it already from when 'Can You Smell That Burning Noise?' announced itself last summer.
Both singles appear here as components in a panorama of musical delights that slices through contemporary Britain like a buzz-saw.  If the call-to-arms of 'Action Stations!' offers the album's most direct political assault, it does so with that arch playfulness that Flies On You have made their own: the demand to bring down the government sits alongside the mundane call to bring down your dirty clothes and discarded yoghurt pots.  Its direct stab at Thatcherism 'Thank You St Francis' is as short as it is penetrating, illustrative of the agenda of a band who've lived through all the shit of the last thirty-odd years and come out the other end as committed to opposing it as ever and with a defiant smile on their faces that no number of corrupt bankers, vicious media magnates or self-serving politicians have ever been able to wipe off.
But there is far, far more breadth here than that. 'Hangdog' is a stormer of an album opener, a vibrant and aggressive statement of intent, while in contrast 'Roofspace' offers a sublime groove you can happily settle into in the bath, or anywhere else for that matter.  I'm playing 'Our Little Secret' in my March show on Dandelion Radio, a chilling tale of child abuse that, in the context of the album, is pertinently placed within a collection that has an underlying theme of abuse in all its forms, an anger at the inevitable results of living in a world where getting what you want and to hell with the consequences for anyone else has become the prevailing and disgusting norm.
There's a consensus in this country, but it isn't the one the gutter press or those in the Westminster bubble like to think it is: Flies On You are among its most fervent and cherished standard bearers. The album's worth far more than a fiver of anyone's money but you can get it for that now at http://fliesonyou.bandcamp.com/album/etcetera.
Posted by Mark Whitby at 04:29 No comments: