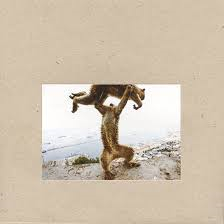 The news that there was a new Shellac album coming out this year was exciting enough, but we had no right to expect anything as good as this.  Steve Albini's masterful three-piece deliver a consummate studio tightness that ranges across this collection to make ever song on it a perfectly manicured delight.  The title track and opener is such an exquisite example of how to do it with guitar and drums that, on first listen, you suspect it might have peaked too early.  But Shellac deliver the same glorious punch on every track and when it ends you just want to hear it again and again.  Which is basically what I've been doing.  It takes a great album to keep that Half Man Half Biscuit LP off the top spot this year, and this is a great album.

Thanks for following this run-down.  Don't forget though that the only end of year chart that really counts is the official festive fifty and that can be heard from midnight on Xmas Eve (UK time) at www.dandelionradio.com, with repeat broadcasts throughout the rest of the year and during January.
Posted by Mark Whitby at 07:20 No comments: 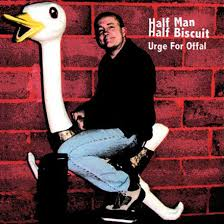 When Half Man Half Biscuit came to our attention gloriously in the mid-eighties, I recall someone commenting that it was unusual for music that was essentially humorous to retain an interest long after a few listens.  Half Man Half Biscuit aren't just still doing that; it's got to the point now where, often, the humour is buried quite far within the music so what you get hit with first is the quality of the thing before the comedy hits you after a few listens to deepen the effect.

This is certainly true of Urge for Offal where the references are more obscure and oblique than ever at times and where no musical idea is sacrificed for a laugh.  One of the many great things about this band is that they've never done that, but now they're not doing it better than ever.

Labels: Half Man Half Biscuit

The most refreshing release of the year.  If the concept of a bunch of mainly female punk fans donning ukuleles and knocking out a load of covers alongside some original tunes seemed intriguing, we really had no right to expect it would come out as good as this.  It works partly because of the band's original selections - only The Ramones and Dead Kennedys tunes on here might be called obvious choices - and partly because they clearly do what they do out of a sheer passion for doing what they like.  So there's no grotesque tribute band parading here - just an unvarnished, infectious and highly enjoyable collection of tunes put out in the original spirit of punk.   It's a no-cynic zone - so abandon any pretensions you might have and dive in.
Posted by Mark Whitby at 09:00 No comments: 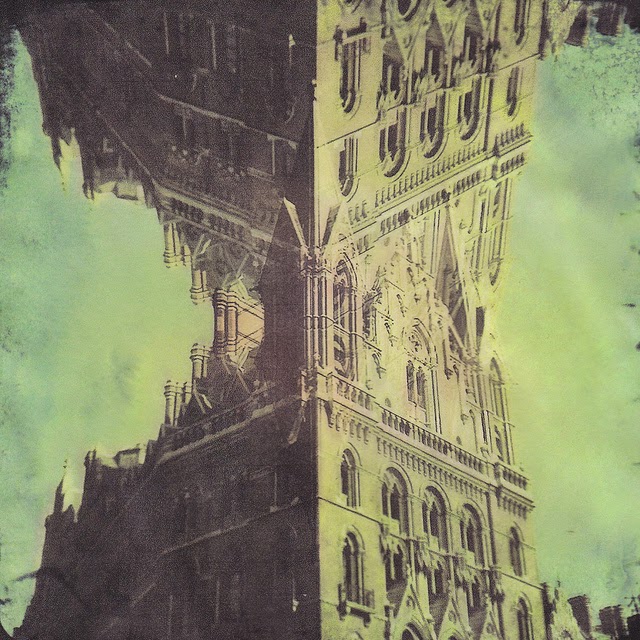 I probably didn't pay enough attention to the Estonian music scene.  While this release has encouraged to do so, I still haven't found anything anything like as good as it in my searches.  Then again, I've not found much to match it in the rest of the world either.  Blue Tapes long ago established themselves as one of the best sources for astonishing music on the planet and, with Katie Gateley's single last year, they placed themselves close to the top of my list of favourite record labels.

This pushed them even further up, a torrent of spectacular noise that manages to be abrasive and yet contain enough subtle manipulations to crank itself up into new areas when you'd begun to suspect there was nowhere else it could possibly find to go.  An astonishing release from two astonishing bands on an astonishing label. 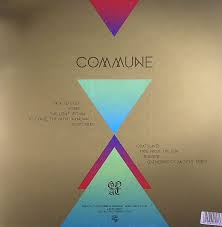 I was slow picking up on Goat when everyone else seemed to be salivating over them a couple of years ago, so I thought I'd get off the mark quicker this time round and I'm certainly glad I did.  The way they get depicted at times you could be forgiven for anticipating a kind of inaccessible Scandanavian cosmic slush to pour out of the speakers.  That's not to say there isn't some of that in there, but the groove it rides in on is utterly irresistible so the end product that is 'Commune' sounds both not of this planet and the most earthy thing you ever heard in your life.
Posted by Mark Whitby at 09:29 No comments: 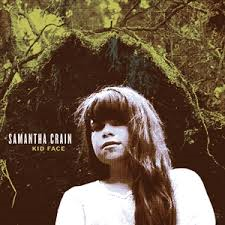 Samantha Crain provided two of my most memorable experiences of the year.  The second was her mesmerising set at this year's Green Man Festival in August; long before that, Kid Face had already established itself among the finest albums of 2014.  Crain's songs exude a fractured melancholy, with subject matter so emotionally fraught it's compelling in the way watching a disaster unfold is.  But they're wrapped up in a gorgeous melodic sheen and delivered by a voice that's two parts angel and at least three parts all too human, and the overall effect is to provide, if not an airlift to safety, then at least a powerfully glowing humanity amidst the wreckage.

And yes, I'm aware that in some parts of the world this release was available in 2013, but it didn't reach me till this year so I'm going with that.
Posted by Mark Whitby at 03:30 No comments:

Best Albums of 2014: 7. Fuck Off Get Free We Pour Light on Everything - Thee Silver Mt Zion Memorial Orchestra (Constellation) 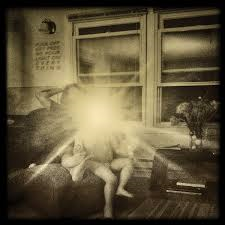 In a fine year for Canadian music in general, this band set an early standard with one of a couple of albums (the other is coming to this list soon) that lit up the early part of 2014 before the year really got into its stride later on.  Few bands can bring together the varied influences and styles this band do and not only get away with it but pull it together into an exhilarating whole.  On this, their seventh album, they took this process to even greater heights.
Posted by Mark Whitby at 05:13 No comments: 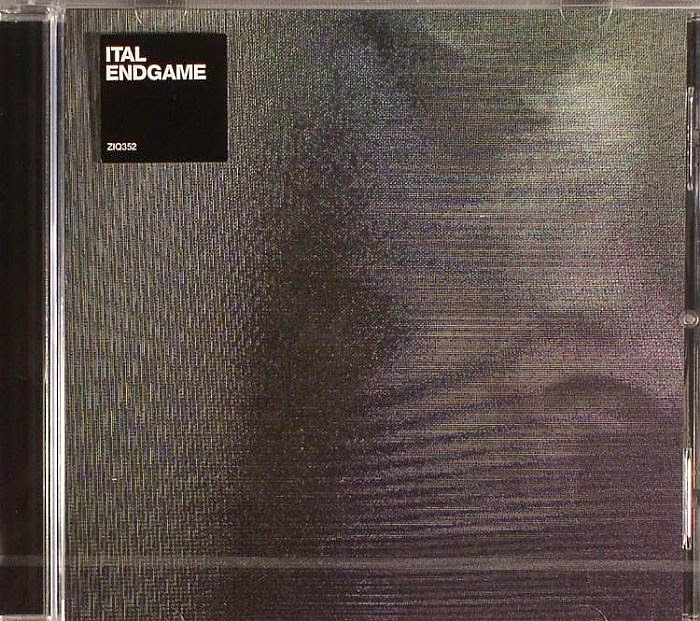 No knob-twiddler in the world consistently fascinates like this Brooklyn-based producer and this year Ital produced his most consistently thrilling work.  If Endgame places an emphasis on audience discomfort, it's of the kind that can only do you good as repeated listenings lead to the discovery of a strange sensory department where pain and pleasure meld into one and then simply become redundant terms.  Techno meets psychedelia and, if you think that particular avenue has been explored enough, cock an ear to this and think again.
Posted by Mark Whitby at 07:47 No comments: 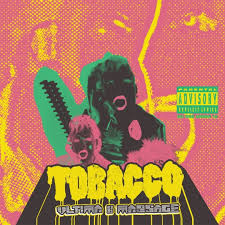 Sacrilege to some, I know, but this third solo release by the Black Moth Super Rainbow front man trumps anything his band have done and anything he's released previously on his own.  It's the album you (or at least I) always wanted him to make, uninhibited and gloriously free of any artistic restraints.  We finally saw Tobacco unleashed on the world in all his naked (in a manner of speaking) glory.  More of this, please.
Posted by Mark Whitby at 06:00 No comments: 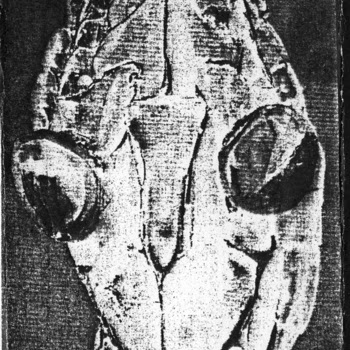 Dunno whether seven songs clocking in at less than twenty minutes is a bit short to make this an album, but my end of year list would have felt naked without it.  A caustic, howling monster of a release from this all-female band from Calgary in Canada who make many of the original riot grrrl bands sound like the Singing Nun.  Don't press your face too close to whatever you play it on: it'll have your eye out.

More than worth two dollars of anyone's money from https://hagface.bandcamp.com/album/rag-face
Posted by Mark Whitby at 08:53 No comments:

Clockwork Orchestra - A Fish For A Heart (Soft Bodies) 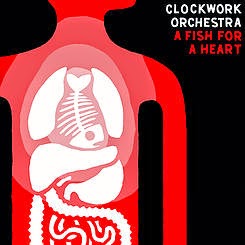 An album that began life in the evidently busy mind of Dublin's Paul Mangan (who is, to all intents and purposes, Clockwork Orchestra), A Fish For a Heart operates on the same kind of frantic propulsion that once fed The Cardiacs, yet manages to be very much its own beast.

And a mad beast it is.  While there's a melodically irresistable structure that holds this album together, what happens within it is an excitable mix of twisted instrumental lines and manically yapped vocals.  Compelling yet difficult to fathom tales weave around guitars and strange keyboard sounds, darkening the mood at times ('Thoughtful Thieves', for example) but raising it often enough to ensure the tempo is something akin to a ride on a merryground ride overseen by an operator who's imbibed something his boss doesn't know about and then messed with the controls.

The result is you frequently go into 'extra spin' as on tracks like album opener 'The Generator Girls', whose infectious melody you'll hear opening my Dandelion Radio show this month.

Soft Bodies have had, as usual, the solid good sense to put this out and it's available now on download and CD.  Find out more here.
Posted by Mark Whitby at 07:53 No comments:

Another dollop of my favourite music of the year:

A regular visitor to these end of year lists.  This is his best yet - an extravaganza of subtly weird electronica.

There was so much really good psychedelic rock around in 2014, but few releases matched this: thrills from start to finish. 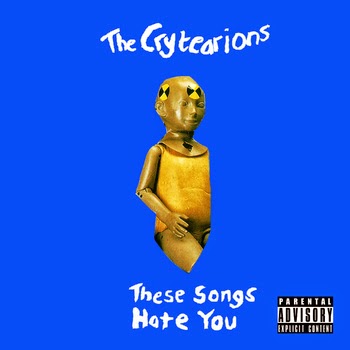 13.  These Songs Hate You - The Crytearions (Self-released)

Brilliantly savage bandcamp release from an Irish band who I discovered by chance.  Extraordinary noise.

Another one from early in the year that's been on regular rotation ever since.  Glorious.

With this and their 2013 album, Nnevteiga can justifiably claim one of the finest two-album punches of recent years. Twisted noise with just a touch more melody than their previous release.
Posted by Mark Whitby at 01:38 No comments:

Our list of the best albums of the year moves into the top twenty:

The consistently brilliant French label added to its reputation when it brought us this explosive nerve-shredder of a release.  Noise manipulation at its very best. 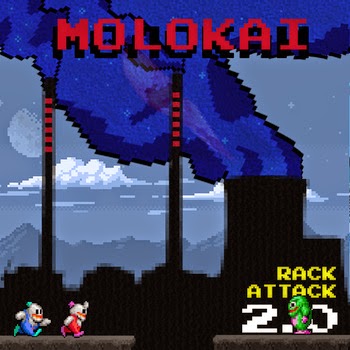 The finest surf guitar album of modern times came from Macedonia, courtesy of a band who had unfortunately already called it a day.  Hate it when that happens.

Brilliantly evocative psychedelic meanderings from a band to treasure and a label to cherish.

Still can't recall how I got hold of this or where it came from.  There's no mirror theme developing here, incidentally, just two damn fine albums that happen to have the word in their titles.

Full marks to Jagjaguwar for pulling their heads out of their arses long enough to release this, from one of those rare magnificent artists who seem keen to use their relative popularity to ensure the world hears more great music.  Saw her at the Green Man Festival this year and that just made me play the album even more. 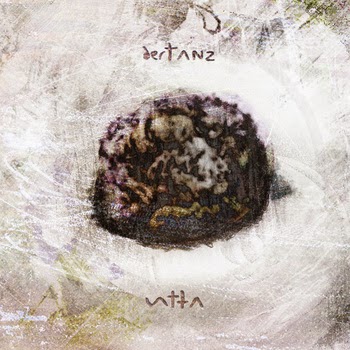 DerTANZ stand out even in the vibrant Hungarian music scene.  This brooding monster offers perhaps the finest example yet of a sound that sees them stand apart from the noisy clarion calls of so many of their excellent compatriots.  DerTANZ are different - embrace them.

Indie pop with a frenetically caustic edge.  If Odd Box are one of the foremost labels in a fresh and vibrant scene, TD are their standard bearers.

They just get better.  Released in January of this year: next instalment in one of music's most engrossing series due in Jan. 2015.