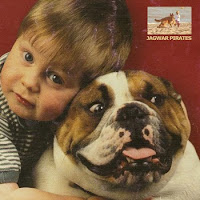 I've written before about what a dull world it would be without those labels that are so consistently brilliant at filling gaps in my record collection I hadn't realised I existed. The names of Audio Antihero, I Blame The Parents, Daddy Tank, ABAGA and others will be familiar to listeners of my Dandelion Radio show and, recently, another label has appeared that, judging by its early releases, will be joining them in the pantheon of great small labels.
I speak of the Cocktail Pueblo label, which has burst out of France like a veritable Cantona in the early part of 2012 to gatecrash that elite group of labels as dramatically as Daddy Tank did roughly a year ago. This was courtesy of releases from Iceland's Toddi Welmann (the brusquely named '.') and the equally incredible Jagwar Pirates, whose scalded surf epic Full Total Complete Bronzage is assaulting my ears even as I write.

You can hear a track from both releases in my April Dandelion Radio show. Arriving too late to appear in the show either this month or in May was Let's Not by The Dictaphone, a classic of extreme synthy garage clutter with guitars that ramble off at odd angles and return in equally odd and unpredictable places. Anything that does this needs to be checked out so what are you waiting for?

In this crazy unpredictable world who's to say what the future holds? But you can be as sure as you can of anything that there'll be something from this in the June show. Don't want to wait that long? then order it here. You may notice there's also a self-titled album from The Dictaphone out on Tolmie Terrapin Press and available from the same place.

Mark W
Posted by Mark Whitby at 05:58 No comments: 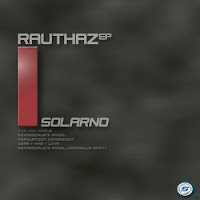 Solarno, aka LA producer Jim Furey, got in touch as a result of the recent Dementio13 session mix in my Dandelion Radio show. While this immediately marked him out as an individual of impeccably good taste, this doesn't always translate into being a maker of good tunes, especially as - for me - Dementio13 has set the bar about as high as anyone in recent times for creating electronica of such sumptuous variety that few get close to.

As it turns out, one of the few who manage to breach such a bar is Solarno, whose recent EP Rauthaz immediately had me hooked. Follow the link to his bandcamp page and delight in four stunning tracks, plus one remix, all inspired by the colour red. In pretty much any other release, 'The Red Apple' and 'Population Inversion' would stand out as exceptional, but for me the superlative 'Dimmesdale's Angel' exceeds even their brilliance. It's one of the best things I've heard all year and inevitably I'm playing it in my Dandelion Radio show in April.

And it doesn't stop there. The discovery that there's a formidable back catalogue behind all this should keep me very busy once I find time after what has, so far, been one of the most incredible springs on record for hearing new music to carry out any sort of investigation of things I missed in the even recent past. Get along to http://soundsofsolarno.com/ right now and join me in what promises to be an enthralling quest.