Why Glis Glis Rule Alt-J (and practically everybody else)

I know I wrote about this band briefly in my annual piece about the Green Man Festival, but I've been loving their demo CD more and more and thought it was worthy of more detailed comment, so here we go.  Every year I seem to stumble across a band accidentally at the Green Man and am grateful for ever for doing so.   Last year it was the amazing Moddi, who I discovered after seeking refuge from my disappointment at the performance of Antlers.   This year I fled from Alt-J to the sanctuary of Einstein's Garden where I saw a three-piece tuning up and decided to stay around and see what was going on.   Unlike most of the festival, the schedule at the garden's solar stage can quickly go all to cock so I'd no idea who they were, but about three seconds into their set I'd already fallen for them.

They introduced themselves as three scientists and many of the tunes performed had a science or ecological theme, but boffin-like they were not.   Instead, they produced an effervescent keyboard-driven indie sheen that mixed poppiness with an almost Beefheartian quirkiness submerged neatly beneath the tunes.   The contrast with Alt-J couldn't have been more stark.  Where 'next big thing' delusions of grandeur were already eating their way into their sound like zombies through human flesh, Glis Glis - for it was they - had no such pretentiousness about their music.   So we got a song about whales coming on land and then deciding it was shite and returning to the sea.   The kind of thing that, if you're a band and think about it too much, you might discard as a trite idea but you'd be wrong to do so.  I suspect Alt-J do this all the time now.   Glis Glis, thankfully, didn't discard.

I later discovered that Glis Glis were, and presumably still are, Obaro, Brian and Suzi.   I heard them on stage describe themselves as 'kraut pop', which I thought was a pretty good stab at a label, even for an avowed label-hater like me.  Others have identified 60s Girl-Pop, Paris-era John Cale (don't see that one myself) and, shrewd but dull, new wave.   None of which really captures it for me.  They gave out demo CDs after the show and I grabbed one.  Still listening to it and still loving it.   You can hear 'Eyes' from the CD in my Dandelion Radio show, streaming until the end of October and see what you think.  Maybe you can figure out your own label or, like me, just enjoy hearing a band so fresh and innovative with just guitar, keyboards and drums that reassures you, if you needed it, that all imagination hasn't yet left the indie pop building.

I think the reason why so many bands become uninteresting after their early releases is that they leave this level of simplicity and instinct behind.  Glis Glis still have it.  Treasure it, love it and above all listen to it.

Mark W
Posted by Mark Whitby at 03:22 No comments:

They Came From Yorkshire: Flies On You - Nothing To Write Home About

There I was, musing on the extreme unlikelihood of every again finding an unashamedly punk-inspired band with something to say when this dropped into my inbox.  In the UK, that is.   Hungary's throwing them out at at a hell of a rate at the moment, as anyone hearing the products of the amazing Budapest scene in my show this year will already know.   But here in England, it's finally arrived and, fittingly, it came out of Yorkshire.

Flitting, as I've done for most of my life, between the two metropolises of Liverpool and Manchester, I've often risked getting my teeth rammed down my throat when asserting that neither city has ever consistently come up with the goods when it comes to injustice-fuelled rage.   Liverpool bands can certainly get the subject matter right, but the general tendency has been to do so by indirect means and underpin social comment with tuneful melodies redolent of their Merseybeat heritage.  Mancunians can spit bile as much as anyone, but the essence of their appeal is more likely to lie in idiosyncratic provocation rather than tup-thumping agitation, the excellent and under-rated Easterhouse excepted.   It's in the cities to the east that you've always been more likely to find innovative and enticing raging against the machine, in the music of, say, Gang Of Four, The Mekons, The Three Johns, Red Guitars and many others.   And from York it was The Redskins who got us tapping our feet to Socialist Worker manifestos while in Hull The Housemartins wrapped radical politics in pop like no one else ever has and perhaps ever will.


It's into this rich history that Flies On You fit with considerable assurance.  A duo from Leeds, their debut album Nothing To Write Home About is now upon us and it's a corker. Not only that, it manages to do achieve this without yielding to identi-punk mediocrity and with a breadth of vision that's well beyond other pretenders to a throne that's been so muddied by the uninspiring tosh peddled by so many it's almost lost all of its value.   Read what they say about themselves on their Soundcloud site and it goes some way towards explaining why.   Rather than finding a common interest in three chord bash and leaving it at that, Andy and Doug talk about their love for Big Youth, Yugoslav indie and Belgian synth-punk among other things and they eschew any temptation to fit themselves easily into a hole in favour of following their obsessions wherever they take them.

It's this that gives the album its eclectic power and brilliance.  While 'Slashing It Down' rides a Gang Of Four-like wave of rhythmic intensity overlaid with an understated, menacing vocal pitch and 'Spain' is a candidate for the best song ever to feature the repeated words 'fucking cow' - a much-coveted accolade indeed - 'Hum', as you may have heard when I played it in my September show, is disarmingly melodic, the threats simmering rather than boiling over, but no less bludgeoning in its impact.   If you catch my Dandelion Radio show in October during the next seven days - after which it will disappear forever, so you'd better be quick - you'll hear the threatening guitar brawl that is 'Shipmanesque', a slow burner that's now established itself as my favourite on the album and, indeed, one of the best things I've heard all year.


Download the album here and anticipate more great things from Flies On You.   Music needs them and so do you.

Mark W
Posted by Mark Whitby at 05:52 No comments:

Keen-eyed followers of this blog may have noticed it has been somewhat quiet of late.  Sadly a busy and complicated life has, over the past few months, intruded on my listening habits to an disturbingly damaging extent.   I've still found time to listen to the stuff, of course, and to play as much as I possibly can in my monthly Dandelion Radio shows, but what I've had very little time to do is actually sit down and write about my responses to what has been crashing importunately into my eardrums, as the very best music does. 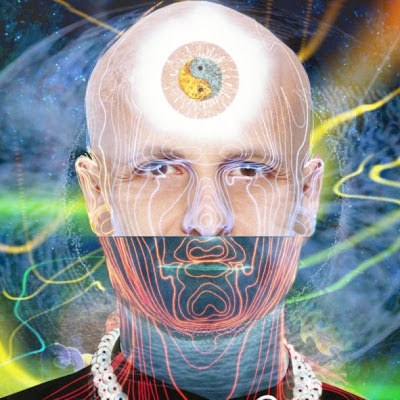 This means that many of the releases that have appeared this year haven't received due comment, and they now sit like unborn children within my laptop, the aural relationships that yielded them destined never to receive a full consummation in print or text.   Among them is Lee Negin's Technodelic Transmissions, which arrived as a blaze of psychedelic electronica, something that anyone familiar with Lee's work will be well acquainted with.

Fortunately, we have a second chance, because Lee Negin has blessed us with that all two rare thing, a second album in a calendar year.  Not only that, but this is that even rarer beast, a second album in a year that manages to be even better than the first.  Views From The Outer Rim has been assaulted me through my headphones for some weeks now with unabashed technodelic splendour, its electronic washes and experimental sideways leaps representing nothing less than some of Lee's best ever work.

The titles give you some idea of what to expect.  The promised spacey bombardment of 'Decaying Orbit' spreads itself over eight minutes plus of expansive mind-splurge.  'Virtual Reality' combines hypnotic rhythms with worldy beats and sonic flourishes, forcing themselves into your brain and then subsiding to be replaced with something else just as evocative.  In my November show, which will be streaming from next Thursday at Dandelion Radio, you'll hear my personal favourite 'Beyond The Planes', an insistently swarming piece of electro-amazement that starts as a swirling, woozy glimpse at another realm only to rise on the back of fleshy beats and swooning vocals as the second half of its four minutes kick in.

Don't be fooled.   Early listens to Views From The Outer Rim may suggest a lightness of touch where, after several listens, you find instead the seductive grip of blank icy space clasping your consciousness into a submission whose origins are entirely brutal.   It's this harsh seduction that lies in the best of Lee's work.  I'll take the opportunity to say that you'll find it in Technodelic Transmissions too, but here, in this most recent 2012 release, is Negin at his mind-bludgeoning atmospheric best.

Go to http://leenegin.com, grab a copy of both of these releases and find out for yourself.
Posted by Mark Whitby at 09:55 1 comment: