Dedicated to Pussy Riot: Into The Light 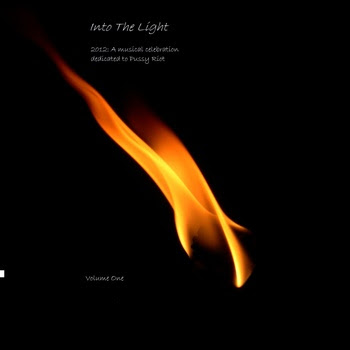 Into The Light is a three volume compilation of some of the best bands and artists I heard during 2012.  There are 54 of them in all, and the compilation is available via the Unwashed Territories bandcamp site as name your own price.  Any proceeds generated are going to the Free Pussy Riot campaign.

If you like, you can by-pass the album and just make a donation to the campaign at http://voiceproject.org/programs/pussy-riot-support-fund.php.   This project both funds the campaign for their release and also helps support their kids while they're inside.   But grab a copy of the album, and you'll get 54 great tracks too, many of them exclusives to this compilation.

Special thanks go to the Daddy Tank, Audio Antihero, In At The Eye, Myhand.thanx, ABAGA and Free Rock and Roll labels for licensing tracks to the release.

Here's a list of the artists/bands appearing on each volume.  Click the link to pick up a copy for whatever you want to pay:

Into The Light: Volume One

Into The Light: Volume Two

Into The Light: Volume Three

Got to be something you like in there, so please pick up a copy and support the causes of Pussy Riot and freedom of speech. 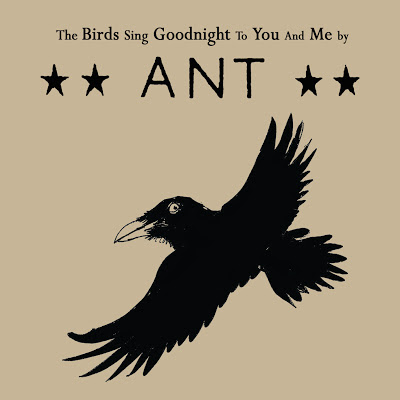 Album of the year: The Birds Sing Goodnight To You And Me - ANT (We Were Never Being Boring)

I often remark that I tend to enjoy session versions of tracks recorded for my show, or indeed other Dandelion Radio shows, more than the official versions, so assumed that, after ANT (aka former Hefner drummer Anthony Harding), had produced an amazing session for my show early in 2012, it would outstrip in terms of quality his forthcoming album.

I was wrong.  While much of this top ten is made up of albums that, however varied they are, tend to have a certain abrasive harshness about them, the top two are unashamedly melodic inventions and ANT just about edges out the indie pop perfection of Tender Trap but producing an album of such unabashed simplicity that its excellence and originality seem barely feasible.

But in tracks such as 'Hand Me Downs', where ANT takes a straightforward acoustic and minimal harmonic approach to a tale about a lad from an impoverished background whose closest skirmish with sex is to wear his brother's lipstick-stained shirt, medium and message merge to produce a simplicity that is devastating and leaves you wondering how, in such a cynical and weather-beaten world, such bravely uncomplicated balladeering manages to produce something that doesn't turn into unremarkable mush.

Not only that, but the sweep of these songs is breathtaking.   'Lady Grey' has so many gorgeous yet subtle changes beneath its singer-songwriter veneer it boggles the mind, while 'Black Swans On The Water', and 'When The Robin Spreads His Wings And Sings' both manage to drag other-worldly beauty from ornithological conceits at a level not managed since Gene Clark's masterful 'Silver Raven'.

Unlike Clark's masterpiece, ANT doesn't produce sweeping philosophical visions that underly his melodic artfulness; it's a large element of the album's power that these pure lyrical sketches and well-crafted tunes attain a power simply from being themselves.  It's this that makes The Birds Sing Goodnight To You And Me stand out from the pack and, in this year of so many magnificent albums, leaves it somehow transcending the achievement of so many other worthy contenders for the accolade of best album of 2012.

Mark W
Posted by Mark Whitby at 10:42 No comments: 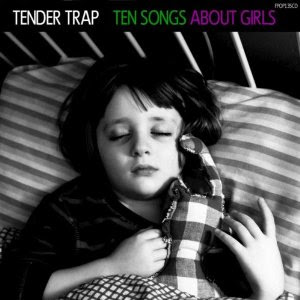 Given the excellence of the band's session for Rocker's Dandelion Radio show in 2012, and their live showcasing of many of the tracks at last December's Glasgow Popfest, Tender Trap's album was always a favourite to attain a high placing in this end of year list even before its release.

When it finally came out, it was to find that none of these tracks lost nothing from their session or live versions and that this was, indeed, the best indie pop album to appear anywhere in the last twenty years and perhaps beyond.   The songcraft and harmonies merge supremely on such tracks as the plaintive 'May Day' and 'Train From Kings Cross Station', the arch 'Memorabilia' and, for me, the year's standout track, 'MBV'.

Mark W
Posted by Mark Whitby at 07:09 No comments: 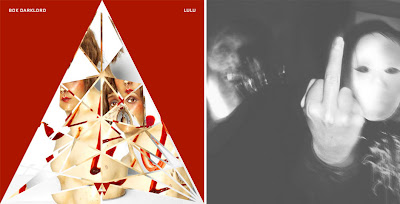 Your brief: take a crap album that was the result of a collaboration between a perenielly dull and pointless band and a once-legendary singer who's produced little of worth in the last twenty years, erase it, revisit the original concept and do it all from scratch.

BOK Darklord - a merging of the considerable creative juices of Lucas Darklord and Buttress O'Kneel - took on such a task and from it created one of the best, and most original, albums of 2012.   Via the simple but effective recource of simply taking a load of Metallica tracks, a load of Lou Reed tracks, and coarsely ramming them together, they recreated Lulu, transforming it from a derided piece of crap into a visionary masterpiece.

The recording, in all its harsh glory, can be downloaded for nothing from Australia's Wood & Wire label, an amazing offshoot of the New Weird Australia project that was a strong contender for label of the year.   Get it here.

Mark W
Posted by Mark Whitby at 02:10 No comments: 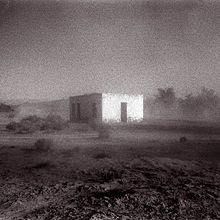 There I was thinking that nothing could trump the comeback of Public Image Ltd, when this monster arrived to brighten up the dull Autumn days and convince me, among other things, that a release whose title contained far too many exclamation marks could still be good.

Although the two longer of the four tracks on here are actually ten years old, they still manage to sound complete fresh and better than anything put out by the many copyists of this much-imitated band have managed to achieve in the decade since.   Indeed, I'll stick my neck out and say that even the mighty Godspeed have never put out an album as good as this - quite a statement, and quite a band.

Mark W
Posted by Mark Whitby at 04:29 No comments: 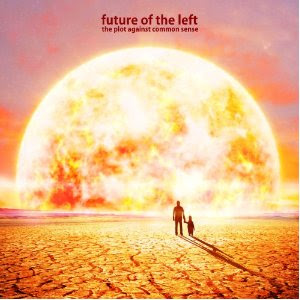 5.  The Plot Against Common Sense - Future Of The Left

While so much of the country rests in post-recession slumber that pretends it was all a temporary blip caused by a few rogue bankers, Future Of The Left occupy a more enlightened realm which doesn't pretend displays and street-bound protests are no more than apolitical troublemaking, knows the bankers were part of a planned economic experiment more than thirty years in the making and understands well enough that the future is out of control and up for grabs.

Into such a mix they throw ire-drenched diatribes at such varied subjects as racist footballers, multi-sequel films and a lad apologising to his dad that he missed the riots in a stab at the generation gap that throws a well aimed grenade into the chasm separating the miner's strike and the St Paul's protests.  They do so with a frenetic zeal which makes the overall effect more a scattergun splattering of varied targets rather than a carefully constructed manifesto, and the music's so much better for it. 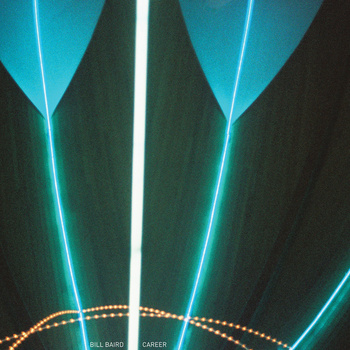 Quirky, occasionally spaced out yet oddly singable, the music of Bill Baird has provided both a self-sung soundtrack for any time I've spent in the shower in 2012 and a bouncing accompaniment to many a car journey.

The sumptuous melodic psychedelia of 'Your Dark Sunglasses Don't Make You Lou Reed' is an off-kilter delight, the driving 'Captain Brain' a forceful manifesto of psychological skullduggery set to irresistable music while 'Stingk' and 'Does Not Compute_Head Wound Error' are cosmic juggernauts from the darkside of your toilet.

The vinyl will set you back $25 but it's worth it.  Probably.   But then the download version can be got for only $5 if you're unconvinced.

Mark W
Posted by Mark Whitby at 08:52 No comments: 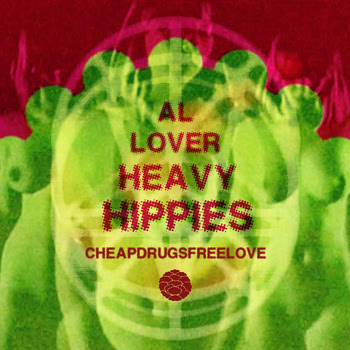 Never thought I'd be putting this insanely narcotics-mangled mind-trip of an album down as low as number seven, but again it illustrates the quality of what's been put out this year.  I stumbled across this by accident, when grabbing a copy of an Al Lover & The Haters release from Al's bandcamp site.  There it sat, apparently out of place, and available for free download, so I thought I might as well give it a listen.

For weeks it barely left my media player as I fed my head with such souply cosmic gems as 'Walking Through the Sludge of Ininite Dischord', 'Roger From Zapp? (Vodka)' and, the brilliant, drug monologue-infused 'Swamp Donkey'.


Apparently the album is the second part of a a tape release called Satanic Tambourines, which I've never heard.   Heavy Hippies are from San Francisco, via Ursa Minor and some unknown dimension, and you can still grab hold of this masterpiece for free here.   Get it - your ears and your mind will love you forever in roughly equal proportions.

Mark W
Posted by Mark Whitby at 05:24 No comments: 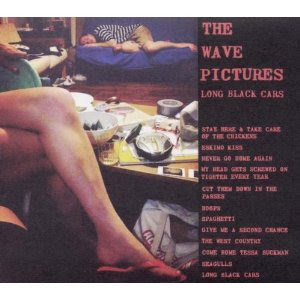 Just as, if the moon were a bit bigger or a bit closer, gravitational pull would bring it crashing into earth, it seems to me that if The Wave Pictures' materials was just that little bit slicker or that little bit less edgy, they'd be really shit.   Thankfully, they traverse these boundaries so deftly and with such skill that they end up being as far from being shit as it's possible to me.  Long Black Cars may well be their best collection yet, from the cranked up indie hootenany of 'Stay Here & Take Care of the Chickens' to the rhythmic stomp of 'Spaghetti' (with which they opened up their memorable Green Man set this year) the work of a band at the height of their very considerable powers.

Mark W
Posted by Mark Whitby at 10:13 No comments: