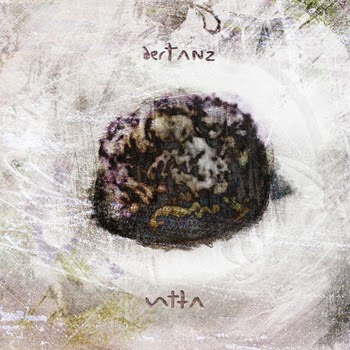 I've written about derTANZ before.  On the one hand, they're one of many Budapest bands who are doing remarkable things with a broad punk mindset at the moment.  On the other, they're completely different from any of the other groups from that city that have been getting airplay on my Dandelion Radio show over the past couple of years.

I don't want this to sound like a put-down of those other bands, some of whom produce a full-on trash/hardcore/noise rock onslaught I love almost to the point of insanity, but with derTANZ you get more.  There's plenty of noise here, but its overlaid with elements of psychedelic experimentation and improvisation that stand above practically anything else coming out of Hungary at the moment.  Last year's Kaktusz album ably showcased their unique aesthetic, and now Vatta has come along to show us more.

There's a more slick feel to the production on this album but thankfully that's not diminished their appeal one bit.  The songs alternate from doom-laden low moans to frantic blasts of anger with many shades of grey in between: sometimes the tempo and mood can fragment and rebuild within the same song - as in the remarkable 'Slow Tilt' - while the near-a capella of 'Elvis Left The Building' illustrates this band's penchant for challenging their listeners' expectations and winning hands down.

I'm playing 'Beginner's Bible' in my April show, which may well be my favourite track on the album, but this is a collection that works best as a whole rather than via snapshots or excerpts.  You can pick it up here: it's name your price and, should you choose to chuck a few coins into their bowl, you can be reassured this band will be putting them to very good use.  To be honest, I'd have been perfectly happy with a re-hashing of Kaktusz, but Vatta has bravely chosen to build on and extend the template and, in pulling it off so brilliantly, derTANZ are more than worthy of the half an hour or so of your time it takes to appreciate this fine album.

Nnevteiga - New Codes of the Unfun 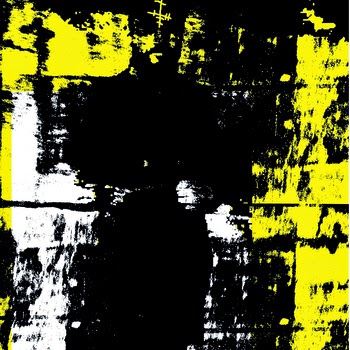 Sometimes change is a good thing and sometimes it isn't.  I wasn't looking for Nnevteiga to make any major modifications to their sound after last year's stunning debut simply because there seemed so much more plundering of that wonderful sound to be done, and these guys were obviously the best people to do it.

I needn't have worried.  New Codes of the Unfun pretty much picks up where last year's self-titled masterpiece left off, weaving further layers of damaged intensity into a beautifully abrasive noise that stands apart from and above pretty much all the other beautifully abrasive noises in my life at the moment.  It's like the soundtrack to an emotional holocaust, covering a ravaged landscape from the warped sludge of 'Forest Fuck', its brooding instrumentation punctuated by howling vocal interjections, through the stuttering tremor of 'Merrick' and right out the other side where the sub-gothic wailing of the title track batters you into a submission you'd admitted well before it arrived.

The longest track on the album, 'Cold You And I', stands as one of the musical high points of 2014 so far, somehow absorbing pretty much all of the above elements into a four minute frenzy you could happily set before anyone who wanted to know what makes this band so damn special.  I'm playing the track in my April show on Dandelion Radio, which continues streaming until the end of the month.  There'll be something else from the album in my May show.

In the meantime, get the album here or e-mail the Tendresse label for a cassette copy: tendresserecord@gmail.com.   Just four euros plus shipping for an album that'll keep you company for the rest of the year and well beyond that.