Laurence Made Me Cry - The Diary of Me 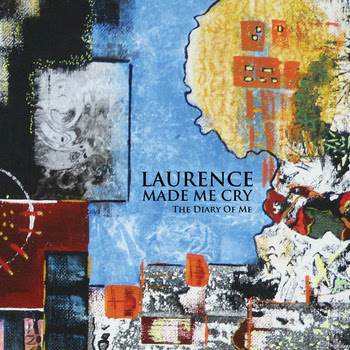 I've said it before and I'll say it again - it's all well and good being talented, but it isn't in itself something that will make a band or artist interesting.   In fact, the world is littered with artists who can play their instruments and hold a note, just as it's littered with people who buy their records, play them once and put them on the shelf.

To have such talent is a bit like having immense wealth - it's a great advantage but if all you is spend it on crap it doesn't really take you anywhere.

Cardiff-based Jo Whitby (no relation), the artist behind Laurence Made Me Cry, has talent.  She can sing and play instruments extremely well.  But she knows this isn't enough, and that's what makes her debut album The Diary of Me such an unmitigated delight, and something totally unlike anything else I'm listening to at the moment.   The album allows the unquestioned ability at the heart of Laurence Made Me Cry to take on an existential character, but that doesn't makethe album in any way a grim or intense experience.  Each of the songs here contains a narrative wherein repeated themes recur: waiting, distance, separation, solitude; but these are not vehicles for torch songs filled with angst and melancholy: in Whitby's hands the essential life and enigmatic joy behind them are plucked out via instrumentatation that so often trips lightly but decisively about surfaces that in other hands are so frequently left empty of any decisive or positive sentiment. 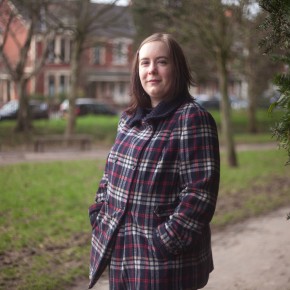 There is an assurance, both musically and vocally, about this artist that prevents the work becoming merely introspective, that skilfully brings the private and emotional into the realm of the universal and discovers a true and genuine joy at its heart.   In my Dandelion Radio show this month, I play 'All That Patience Brings' from the album, a song suffused with all of the themes mentioned above and yet, as its title hints, one that transforms the experience of waiting into one teeming with wonder and possibility and loaded with potential.  Last month I played 'Between Destinations', released as a single, a song that takes as its setting that tangible theatre of physical distance and separation the railway station and, whatever the mocking voice of station announcer has to say about South Wales rail locations, has the narrator behind the glass, looking into the eyes of a loved one who doesn't look back and discovering within her isolation only magic and wonder.

This is, for all its veneer of detached solitude, an album of spectacular and glorious beauty, filled with an artists' joy of discovery and the enchantment that lurk, waiting to be found, should we have eyes to see and a mind to explore, even in the world's most unlikely crevices.   For me, it's an unusual experience, and in a way an educational one: I've speculated when playing the album that probably about 90% or more of my usual listening diet concerns the intense, the angst-ridden or the angry, whether explicit or implied, and to find that something this good can contain an alternative perspective on the world is frankly good for me.

Get along to the Laurence Made Me Cry website or bandcamp site and get yourself a copy of The Diary Of Me, available as CD or download.  The vehicle it gives this remarkable artist with that rare combination of ability and something to say is worth the purchase in itself; that it may also, as it has for me, make you feel better about the world is an added bonus.
Posted by Mark Whitby at 03:03